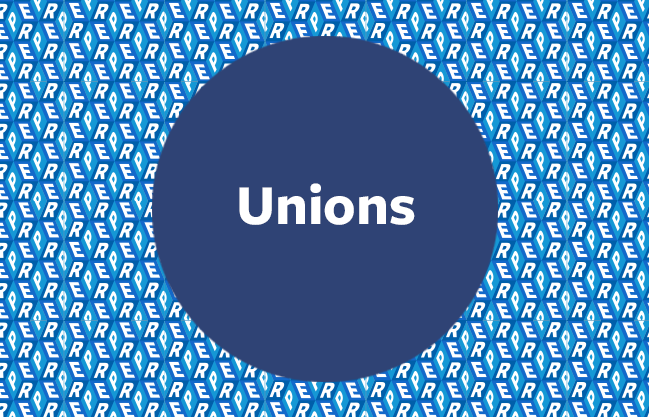 Unions – why they are so important

These resources explain the history of trade unionism in Australia and why acting collectively as a union is so crucial to achieving ANMF members’ aims.

An organising union is directed by its members through democratic processes. Members own the union, its campaigns and its activities. Members identify that the wins and any losses of the union are a result of their decisions; they direct and participate in union activities as a collective endeavour.

For this model of unionism to work, members must take ownership of the unionisation of their own workplaces, and the responsibilities that this entails. Unionising a workplace involves:

As an organising union, the ANMF supports there being as many Job Representatives in a workplace as possible. Informed Job Reps are able to create effective communication networks in the workplace, and more promptly identify workplace issues and a collective response to these issues when identified by members. Members who are empowered, confident and informed; who choose to act together as a collective with a unity of purpose, really do make a difference.

This is the belief that underpins all the decisions of the ANMF and is mirrored in our mission and values statement. In every conversation ANMF Job Reps have, it is implicit that members understand their union is only as strong as its members – the members ARE the union.

The Power of the Collective

Nurses, teachers and emergency services have replaced the traditional mining, construction and maritime services as the new union heartland. These unions continue to see strong workforce and membership growth. They continue to be responsive and relevant to the values and interests of their members. Subsequently, these professional unions have defied what was an international trend of de-unionisation and declining union membership.

The Australian Nursing and Midwifery Federation (which includes the ANMF (Vic Branch) along with other ANMF State Branches) has seen unprecedented growth in membership and is nationally the largest health and aged care union in Australia, consistently grow stronger every year. In Victoria, the ANMF is the biggest union in the state, and represents a large majority of nurses, midwives and carers across all sectors.

The ANMF Vic Branch has more than 90,000 members (as at May 2020) in both the public and private sectors throughout the state. ANMF members include Student Nurses and Midwives, Assistants in Nursing (however titled), Personal Carers, Enrolled Nurses and Registered Nurses and Midwives at all levels.

High levels of active and informed members are important. Nurses, midwives and carers are increasingly recognising the value of a strong, effective union to represent their industrial and professional interests in the workplace and at state and federal levels. This is one of the many reasons why there has been a steady growth in ANMF membership. Only through lots of active and informed members can nurses, midwives and carers apply the pressure and secure the resources needed to achieve the quality of care and job satisfaction that effective service delivery affords as well as receive the recognition and reward the profession needs and deserves.

The ANMF will continue to promote, defend and be responsive to the industrial, professional, social, political and democratic values and interests of members. It is important to note that during enterprise bargaining and/or other forms of organisational change, redevelopment and new models of care, nurses, midwives and carers are significantly disadvantaged if there is a low level of active union membership in their workplace.