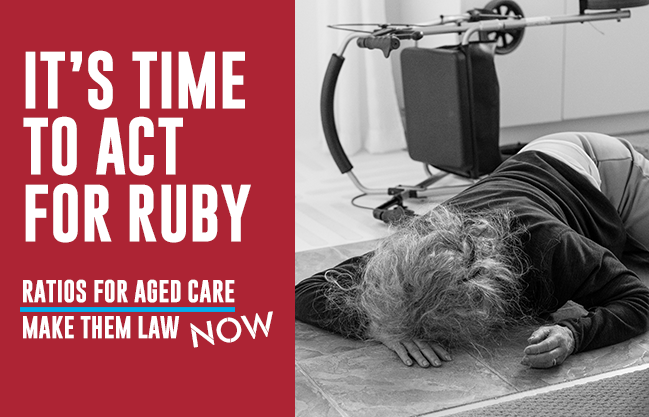 Chronic understaffing in nursing homes is leaving thousands of elderly Australians unfed or unwashed because there’s simply not enough staff.

Over the last 13 years, chronic understaffing has seen a 400% increase in preventable deaths of elderly Australians in aged care with hundreds dying from falls, choking and suicide.

Hard-pressed nurses and carers do the best they can in impossible circumstances, but they are run off their feet and can’t provide the care they want to.

And while they struggle because there is simply not enough of them, last year*, owners of aged care facilities racked up over $1 billion in profits while cutting staff.

Australia has strict staff ratios for childcare, which is as it should be. But apart from Victorian public sector nursing homes, there are no ratios for aged care and no laws to ensure our elderly get the care they need in private and not-for-profit nursing homes.

They are our parents and grandparents, people who looked after us and loved us, but now many of them, especially those in need of high care, are left unfed, unwashed and even in soiled incontinence aids for hours.

It’s a crisis that shames us. Our aged care system has been ignored by governments for far too long.

There's an urgent need for staff ratios in aged care.

Currently residents are receiving around 2 hours 50 minutes of care per day from nurses and carers, which is nowhere near enough time to shower, toilet, administer medications, dress, feed, roll over, move, let alone talk to an aged care resident.

The evidence shows residents should be receiving a minimum of 4 hours 18 minutes of care per day - one and a half hours more than they are getting now.

Join us to take action

Send an electronic letter via our federal campaign website timeforruby.anmf.org.au

If you haven't already joined the campaign, join the thousands of supporters across Australia by:

Find out the latest campaign news on OTR

*that all indications from major for-profit and non-profit company reports continue to show further increases in profitability in the 2016-17 financial year. 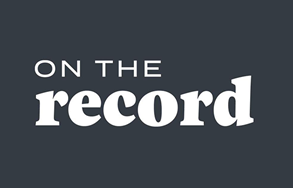 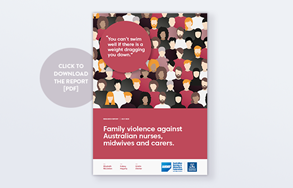 Family violence is a health issue