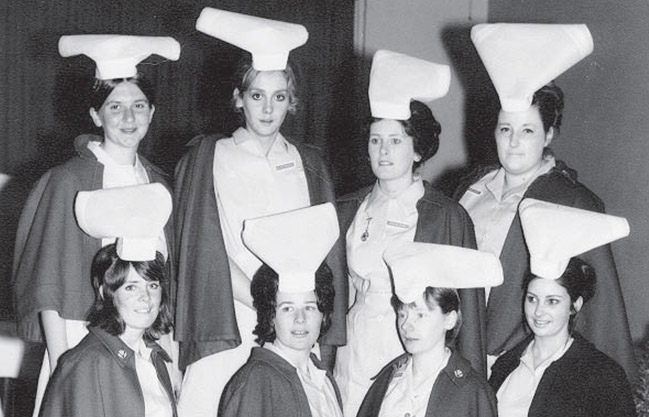 The rise and rise of the Victorian nurses’ union

The history of the Victorian nurses’ union  tells the story of nurses' slow, but steady evolution from doctors' handmaidens into professionals consistently voted by Australians as among the most trusted.

The Victorian Branch of the Australian Nursing & Midwifery Federation began in 1901, with the formation of the Victorian Trained Nurses’ Association. At the time, nursing offered poor pay and conditions. In 1895 at the Melbourne Hospital, nurses worked over 52 hours per week. In 1902 they were described as each doing the work of two or three women from 6am to 8pm. There was nothing to define nursing as a profession. There were no uniform training standards, no certification, no central means of sharing ideas and information and no central body to represent nursing.

The Victorian Trained Nurses’ Association was primarily concerned with the training and registration of nurses. Melbourne's first nursing school opened in 1926, offering a six to eight week program teaching trainees basic tasks such as how to make up poultices, give enemas, apply leeches and how to make a bed. The trainee nurses were also taught manners and etiquette and not to have intercourse (friendly conversation) with doctors.

In 1924, a national body, called the Australian Nursing Federation, was established to unite the state and territory nursing organisations.

In 1934 the Royal Victorian Trained Nurses’ Association was replaced with a new organisation called the Royal Victorian College of Nursing. Initially formed from a desire for improved nurse education, the college’s activities became increasingly like those of other trade unions, such as pursuing minimum wages for nurses and trainees.

In the 1950s the state branch of the Australian United Nurses Association became the Australian Nursing Federation Employees Section Victorian Branch, becoming the 'employees’ section' of the Royal Victorian College of Nursing, which was the professional organisation. The employees’ section began making regular applications to the Victorian Wages Board for increased pay, allowing the college to preserve its role as a professional body and keep industrial issues at arm's length.

During the early 1970s the Australian Nursing Federation Employees Section Victorian Branch changed its name to the Royal Australian Nursing Federation (Victorian Branch). Professional and industrial nursing bodies in other states had already merged but it wasn’t until 1975 that the Royal Victorian College of Nursing and the Victorian branch of the federation merged to become a combined professional and industrial organisation.

Also in the early 1970s, the organisation ran a series of successful Wage Board cases arguing that nurses deserved wage rises to reflect increased workloads.  Wage increases of 10 per cent and 17 per cent were secured. In 1974, a claim for a 50 per cent wage increase was submitted – 22,000 nurses implemented uniform bans and 4000 nurses marched on Parliament House. After a long delay the Wages Board awarded a 12 per cent increase. For the first time, nurses’ wages were being debated in Parliament and newspaper editorials were calling the rise an ‘insult’ and for nurses to be paid at least the same as teachers.

The Australian Nursing Federation Employees Section took the matter to the Industrial Appeals Court and won a further nine per cent increase. Despite significant wage gains, at the end of the 70s student nurses were responsible for entire hospital wards, experienced nurses were paid the same wages as cleaners and, with an acute shortage of 1300 nurses across the state, patient workloads were unsafe.

The Royal Australian Nursing Federation’s no-strike clause was discarded in 1983 following a federal vote of all members. This dramatic reform paved the way under Royal Australian Nursing Federation (Victorian Branch) Secretary Barbara Carson for a series of bans on non-nursing duties, uniforms and agency staff. The first Victorian nurses’ strike – of five days – followed in 1986. The handmaiden days were over. Nurses now had a professional, industrial and political voice.

In October 1986, Victorian nurses began their longest strike after the failure of repeated talks with the health minister David White who was committed to reducing the classification and pay of almost half of Victoria's nurses. Skeleton staff were left in the wards while picket lines, tents and caravans were set up outside hospitals in both metropolitan and regional Victoria. The Labor Cain Government threatened to bring in the police and the Industrial Relations Commission threatened to arbitrate without the nurses' union. After more talks failed, Royal Australian Nursing Federation (Victorian Branch) Secretary Irene Bolger announced the strike would escalate and nurses walked out of hospital emergency departments. Finally, in December, after 50 days, the Industrial Relations Commission handed down a decision giving nurses much of the pay rises and conditions they had originally sought.

Despite repeated attempts by conservative state and federal governments during the 1990s to downsize and privatise the health sector, the Australian Nursing Federation remained one of the few unions to maintain a steady increase in membership. In the decade after the 1986 strike, Australian Nursing Federation (Victorian Branch) Secretary Belinda Morieson implemented strategies to build membership.

A financially strong union proved to be vital following the 1992 election of the Liberal Kennett Government when nurses faced mass redundancies and critical staff shortages. After eight years under the Kennett Government, the nurses’ campaign ‘Nursing the system back to health’ secured the world's first mandated minimum nurse-to-patient ratios, and won back conditions and positions that had been lost during the Kennett years.

Other successes in this period included a progressive program to reduce the high number of nurses' back injuries caused by lifting patients.

The introduction of ratios in 2000 resulted in a need to employ additional nurses to fill 1300 vacancies. By 2006 an additional 7000 nurses had been recruited into the public system, as nurses who had been unwilling to work in understaffed wards returned to practice.

Despite the proven success of ratios, Victorian nurses had to fight to keep them in 2001 and 2004 when the Labor Bracks Government tried to replace mandated minimum staffing with a computerised patient dependency system.

Current State Secretary Lisa Fitzpatrick was elected to the position in 2001, the same year as the Victorian nurses’ union celebrated its centenary.

In 2013 the Australian Nursing Federation changed its name to the Australian Nursing & Midwifery Federation to recognise the specialist skills and knowledge of midwife members. ANMF (Victorian Branch) membership has increased from 43,000 in 2005 to 70,000 in 2014, further consolidating the Victorian branch of the ANMF as an effective industrial and professional voice for Victorian nurses, midwives and personal carers.

2017 – Celebrating 100 years of maternal and child health nursing in Victoria.
Explore the digital exhibition at anmfvic.asn.au/mch100